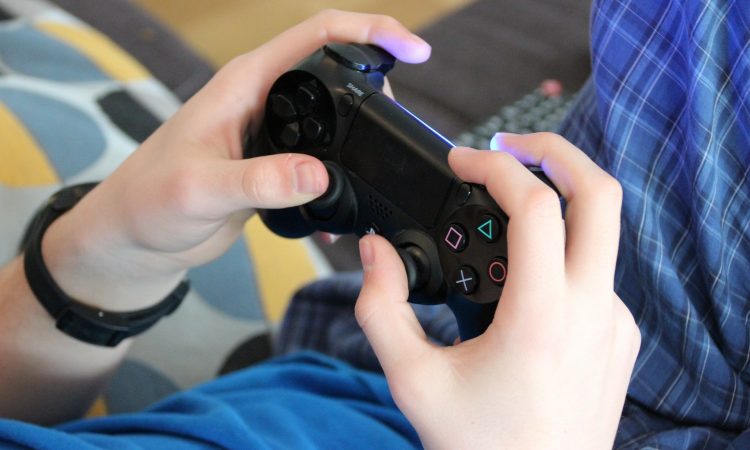 Managing gaming time is a big challenge for many parents. In an earlier post, I examined  what the experts say about setting game time limits versus the realities of raising young gamers. Here, I review the research on playing games with your kids, talk to three game-savvy parents, and reflect on my own parenting experiences to gauge how gaming with kids does or doesn’t work out in real life.

You Should Be Playing Games With Your Kids

Experts agree that it’s good for parents to engage in media together with their kids. Researchers recommend that parents “co-view” TV with their kids to boost learning and ward off negative media messages. This applies to digital media and games too, and researchers advocate for “joint media engagement.” Canada’s Center for Digital and Media Literacy says parents should talk to their kids about games, and play together.

Playing games with your kids is also good for family bonding and expanding the learning potential of games. Researchers Elisabeth Hayes and Sinem Siyahhan at Arizona State University have studied how parents gaming with their kids can promote positive relationships and critical thinking skills. They’ve created a series of “impact guides” to help parents maximize the learning potential of a range of commercial games.

But not all parents are into games, and keeping up with our kids is nearly impossible, especially as they grow older. Plus, learning how to play and get good at today’s games is a huge investment of time. The recommendation to play games with your kids is yet another thing we can feel guilty about.

Don’t despair. I learned from my parent friends that there’s more than one way you can bond with your kids through games. It’s great if you can play together, but you can also cheerlead, support, and compromise. 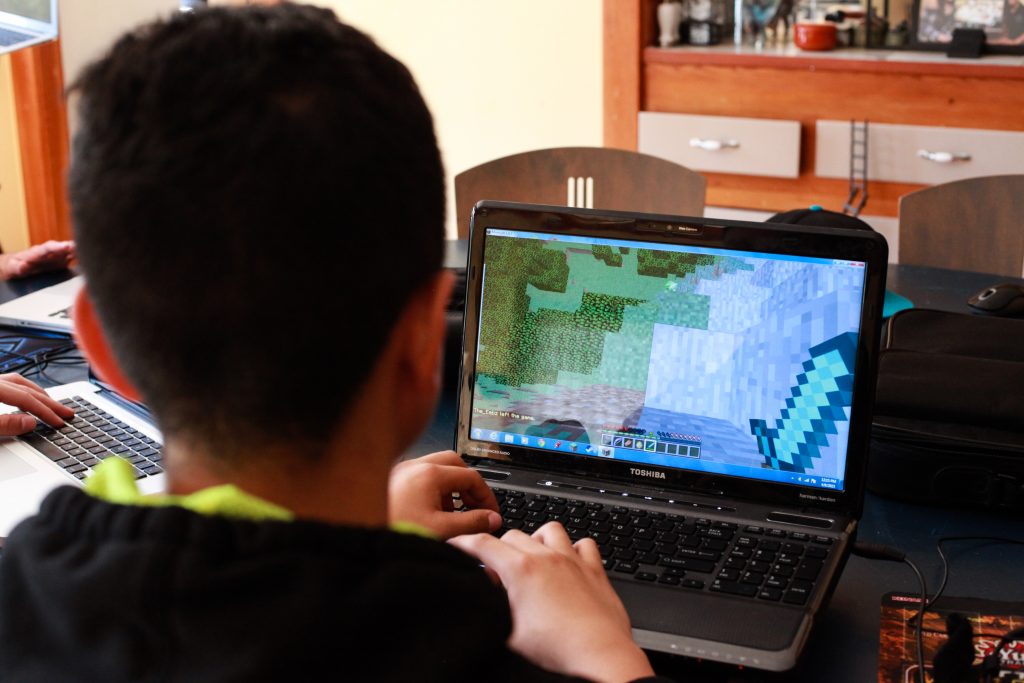 After dinner, the homework is done. Let’s play some games and have some bonding time! I could either go get locked up in the things I’d like to do, or I could use this time as an opportunity to play with my kids. And that’s how I view our gaming time, as family time.

Jim Pike is an elementary school science teacher and a Minecraft educator. He didn’t get into games until he was 33 years old, when he met some folks running a Minecraft summer camp.  He had a revelation. “I can teach math with this! As a teacher, I saw the power of Minecraft and that’s how I got into it.” These days he shares his enthusiasm for Minecraft with his students as well as his seven-year-old son. It’s their favorite thing to do together. He also sees his son learning engineering, design, and coding with Minecraft. “We don’t have any big screen time battles. When they’re on screens, we like to interact with them.”

Jim is doing what the experts say parents should do with media and games. He guides his son to good games and ways of playing that embody his values as a parent and educator. He also plays with his kids and draws out the learning potential. It doesn’t hurt that he’s passionate about Minecraft and is an experienced Minecraft teacher. I last spotted his son teaching math and engineering to other kids at Minefaire LA. Jim validates everything the experts say about the benefits of playing games with your kids.

Are you a game enthusiast with kids who share a passion for good games? Do you geek out with your kids on Minecraft? Yay! Count your blessings and game on. But what if you’re not particularly interested in games? Would you rather spend your evening curled up with a book or having a family movie night? What if your kids don’t like Minecraft? Keep reading.

Both my son and daughter grew up playing basketball. Though I was new to the game, I was a dutiful basketball mom. I drove them all over Southern California on the weekends, learned the basics, and cheered them on. Then one day I had to participate in a mommy-daughter basketball game at our community center. Ugh. My guess is that this is how many parents feel when experts say you should be playing video games with your kids.

My son, an avid gamer, is a senior in high school. His game of the moment is Dota, a ridiculously difficult multiplayer online game that I can barely follow, and definitely can’t play. Other than the occasional board game, the last games we played together were Warcraft and Guitar Hero over six years ago. When he started playing Starcraft and Minecraft in middle school, I tried to play with him, but we both got frustrated with my lack of skills and commitment. I don’t have the dexterity to play either game well, and too much Minecraft makes me seasick.

As he grew older, I moved away from playing games with my son to becoming a spectator and cheerleader. As I’ve written elsewhere, he taught me most of what I know about Minecraft, and helped launch Connected Camps as one of our first volunteer counselors. I’m proud of his gaming achievements, like when he built a redstone calculator or climbed the ladder in Starcraft II. I credit gaming for his interest in tech and his decision to pursue a major and career in software engineering. Even though I can’t play the games he is passionate about, I try to keep up as best I can, and cheer him on when good things happen. 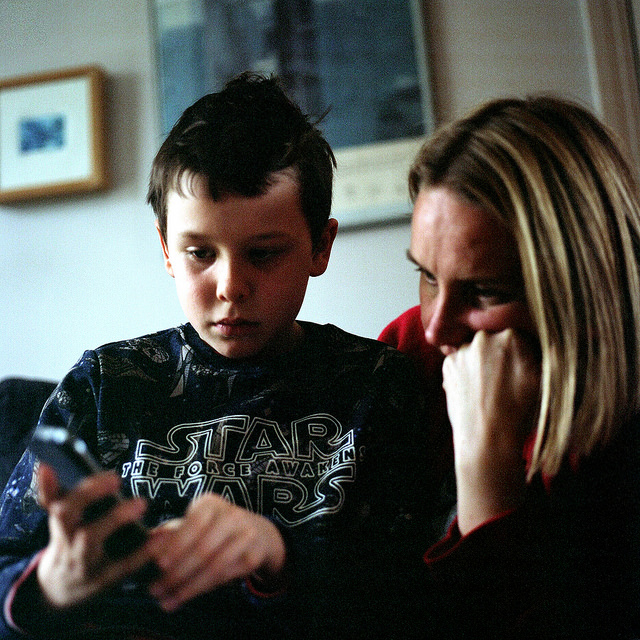 “I don’t feel like playing Minecraft right now,” says Tara Brown, co-founder of Connected Camps, and mom to an eight year old Minecraft enthusiast. “I’m just reading a lot.” Unlike me, Tara is quite competent with Minecraft, but she’s not passionate about gaming. Her husband is more likely to geek out with their son on games. “I just get bored of the games. They’re way more committed.”

Despite her lack of personal enthusiasm about Minecraft, Tara supports her son’s interest, and she’s proud of his awesome builds. He engineers with redstone and pistons. After reading the Percy Jackson book series, he built giant versions of the books’ greek gods in Minecraft.

Tara acts as a Minecraft advisor for her son. Because she has the skills, she can find cool mods and give him tips for projects. She installs new mods as a reward when her son fulfills responsibilities like homework and cleaning up. “There’s a negotiation in that if there’s stuff done, then I’ll install a mod for him. It’s a pain to install mods.” And she’s considering getting back to playing Minecraft for his sake. “I think it would make him really happy, just seeing how much fun he has playing games with his dad.”

“I feel like a failure because I’m the one dad who wants to play games with my kids but they won’t.” Like Jim, Steve Isaacs is a Minecraft educator and enthusiast, and is the driving force behind the massive Minecraft fan event, Minefaire. He is a serious gamer who would have been able to keep up with my son as he moved on to Starcraft and Dota. But his two daughters, aged 15 and 18, don’t share his enthusiasm for games.

When his daughters were younger, they played Rock Band and Mario Kart together, and his younger daughter had a Minecraft phase. These days she’s more into YouTube and creating videos, and when they play together it’s most likely going to be card games. Steve describes card game nights as “high quality family time.” He’s given up on getting his girls into his games, and bonding time means watching TV shows together. “I’m a pushover. I’ll defer to whatever they want to watch.” He’s watching The Office with his younger daughter. I met her when she was supporting her dad’s interests and moderating a panel we were on at Minefaire LA. Clearly the father daughter bond is strong.

Even though Steve and his daughters have different tastes in entertainment, they find common ground. Family bonding more often than not involves compromise. “If my daughter gets in to ballet, I’ll get in to ballet, too” says Jim, though he prefers hockey and baseball. My son will watch an occasional movie or go surfing with mom and dad even when he’d rather be in a Dota match. And Tara is on the verge of jumping back in to Minecraft to make her son happy.

Even if you’re not playing games with your kids, there’s plenty of ways that media can be a way to bond as a family.

This just in: Jim will be advising Connected Camps on new programming for our labs!