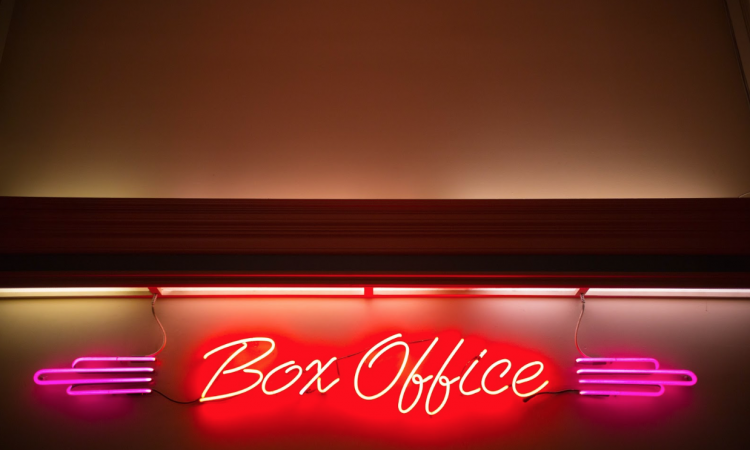 William Shakespeare famously quipped “all the world’s a stage, and all the men and women merely players.” His enduring words continue to ring true, but the bard might be surprised to discover that theatre in the digital age can involve a very different sort of “player.” Today, young avante-garde dramatists have extended the stage into the virtual world, where they mount theatrical productions using video games like Minecraft.

The fusion between this traditional art form and the most modern of pastimes may seem improbable, but there are some striking similarities. Both are expressive mediums that rely on role-play, movement, mise-en-scene, dialogue, lighting, and, frequently, music to tell their stories. These shared characteristics have not only allowed video games to offer a viable stage for performance, but traditional theater is also bending to the massive gravitational force of video game culture.

Theater and video games also share a propensity for building communities. Theater has played a socially cohesive role in Western civic life since Ancient Greece, and video games generate extensive and passionate user communities. This is why Ney Congjuico, a Creative Lab counselor at Connected Camps, came-up with the idea of producing and performing a play on Minecraft to foster a sense of community between the campers.

“I thought getting the kids to do a play would be a great idea since it’s the type of activity that would require a lot of creativity and teamwork to get them invested in each other,” said Congjuico. “We’ve never really done a theatrical production in Connected Camps before, but I knew that it was possible within Minecraft because other people have created popular Disney musicals on Minecraft as well, like Lion King and Finding Nemo.”

Creative Lab is one of a series of themed after school labs where kids meet online to code, build, animate and play together. “The Labs are like camps that never really end, so the kids have the power to work on large-scale projects bit by bit every week and take the time to really get to know the other campers and counselors,” explains Product Manager Catherine Fox.

Theater is a team effort that relies heavily on the successful collaborations between writers, directors, actors, set and costume designers, musicians, and stage hands, to name a few. A Minecraft production is no different.

Rather than using an existing work, Congjuico has the campers write their own play from scratch. She leads them through brainstorming sessions until they have fleshed out a premise, and then team members assume a variety of duties. This all takes place online.

“Once the script is ready, we assign roles between front-stage members who play roles and narrate and backstage members responsible for curtains, special effects, and props. While all of this is going on, the set-builders finish the rest of the sets based on the finished script. And then once the sets are finished, we spend one or two days rehearsing,” said Congjuico. “Most of the kids wear multiple hats.”

William, a 9-year-old from Escondido, California, was a writer and actor in the production of a Creative Lab play entitled A Tale of Five Friends. His mother, Jackie, was impressed at the range of skills he practiced throughout the process. “The program gave him opportunities to not only connect with other students in a live format but, more importantly, to assist in writing, and develop his critical thinking and social skills.”

The Minecraft play allows the blossoming dramatists to practice a variety of theater-specific skills and, perhaps more importantly, learn some valuable lessons about collaboration and conflict resolution.

“I think having the kids work together on a project helps them grow together and learn more about each other. During the days leading up to the final performance, there were times when I could tell the kids were frustrated or stressed out because their deadlines were approaching. But that was the time when I really saw them focus and have constructive discussions about how they want the play to proceed,” said Congjuico.

The growth of William’s skill at managing disputes became most apparent to Congjucia during the frantic final moments of the dress rehearsal. “Will and Alex [another camper] came in and instantly took charge. I was pretty surprised at how well and how calmly they handled conflicts between the kids. Or how well they encouraged the kids to do their best and focus. I didn’t really know kids this age were capable of that.”

Jackie sees the benefit in letting her son take ownership of his social interactions. “As a parent, I have learned to take a step back and permit William to resolve most conflicts on his own. Of course, if he needs my intervention, he knows Mom and Dad are there for him.”

Community involvement also ripples out to the campers’ families. Congjuico strives to include parents in the production by keeping open channels of email communication, and encouraging them to help their kids rehearse lines.

“I thought it was nice that some parents were super responsive when I asked them questions about their child who had a role to play. And when I sent out the script to the parents and asked them to review their kid’s lines with them, my next session would be filled with kids who had prepared and it made it that much easier for me,” said Congjuico. “Emailing the parents’ to help their kids with the play also involved getting the parents’ excited about it. When the parents’ are excited, the kids are too.”

Enlisting parents to participate not only furthers the production, but also leads to some memorable family bonding. “While he practiced for the Minecraft plays, I would take part in helping him work through his lines. I have loved watching him interact with the other campers during their rehearsals,” said Jackie.

More than merely a player, William’s growth within the Creative Lab theatrical community has been a fruitful rehearsal for the larger stage of the world. Jackie notes that the lessons her son has learned while working online with his fellow campers have yielded positive results in other aspects of his life. “He has had a tremendously positive experience. He feels much more confident with himself and interacting with kids at school.”

The final and essential ingredient of theatrical community is, of course, the audience. The Minecraft plays can be viewed live, but the performances are also recorded so that they can be saved, rewatched, and shared.