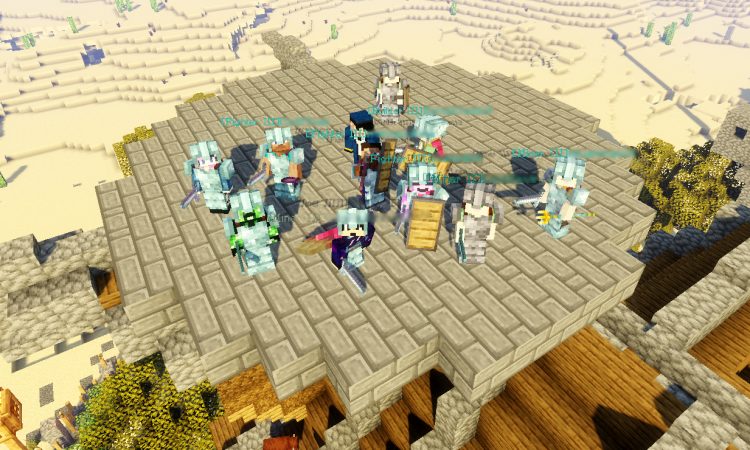 August has arrived and it’s time for another Camp Recap. Summer has never been more active and engaging here at Connected Camps as we’ve hit a milestone of 100 Camp Counselors! Of course, this would not be possible without your support and we’re just so excited to grow with our learners and give back to our community.

We have so much content made by aspiring designers and entrepreneurs to show you. Are you ready for some of July’s most creative talents? 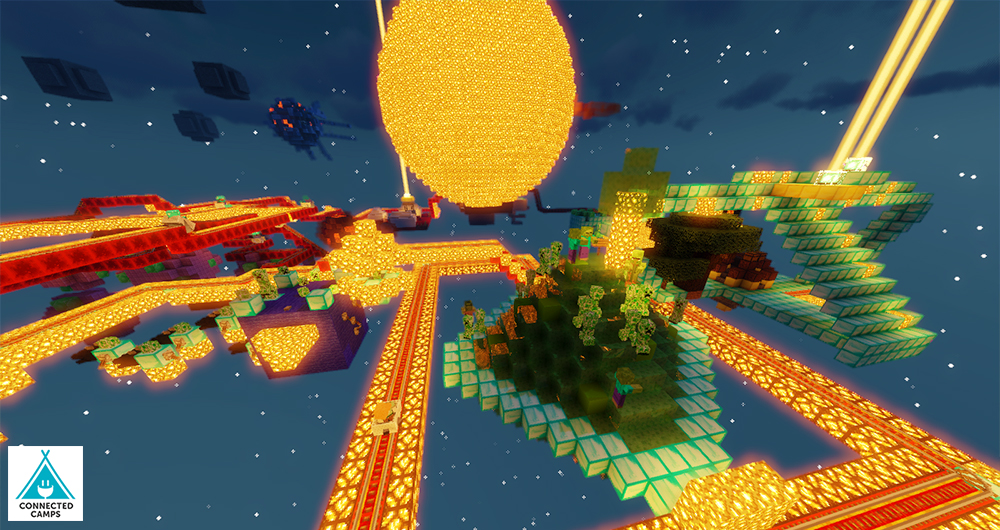 You’ve heard of the deep space, but have you heard of the deep creep? It’s the flattest planet inhabited by the most lonely of creepers in space. This incredibly rare photo was captured many lightyears away in Astronomy Camp where campers get to shape their own custom planets for their solar system. 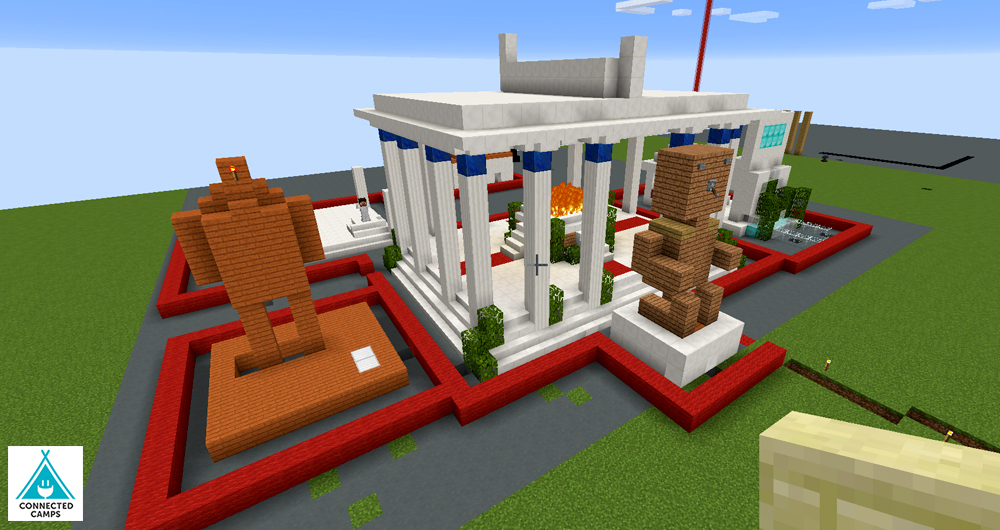 As we scale mountains and trek across the seas, a group of adventurers from Ancient History Camp crafted structures inspired by the cultures of the past. We absolutely love the greek columns and humanoid structures – especially the one with a switch for a nose! 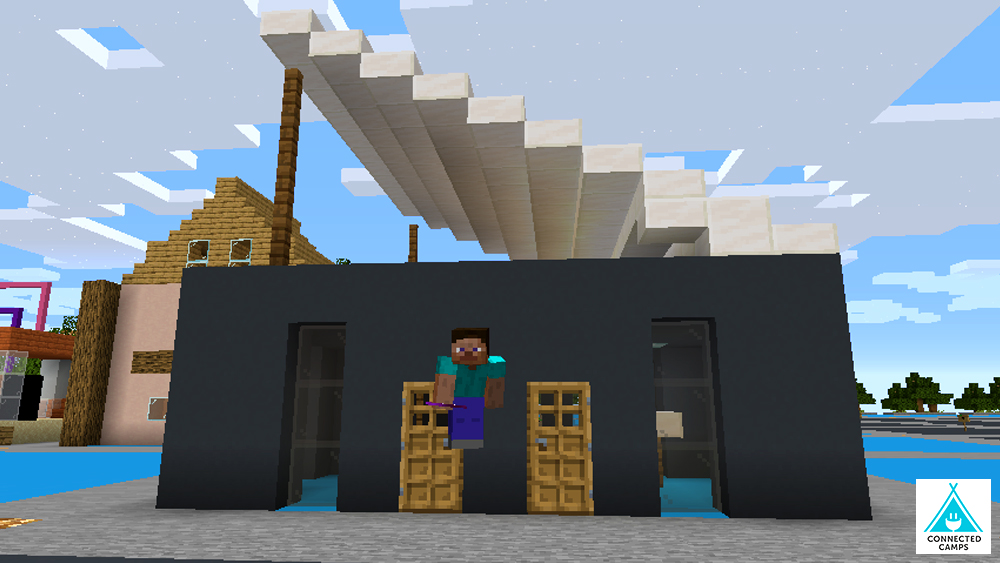 This shared office space is modern and chic with a raised roof ideal for letting in the light when the sun shines in. And if you look at it just right, it almost looks like a piano!

4. “The Flag is in Another Castle” (Game Design Camp) 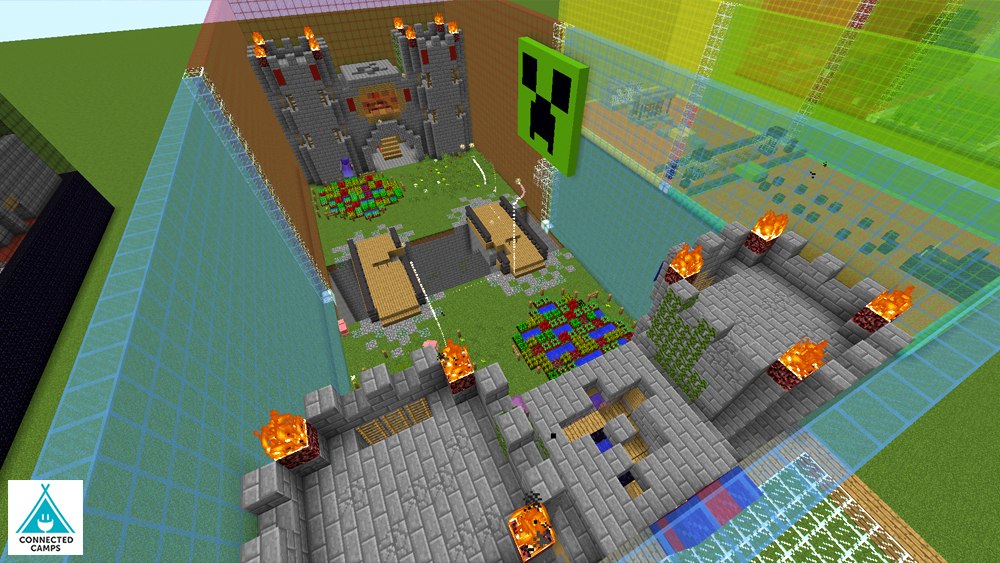 What better way to level the playing field than with a classic, symmetrical design for Capture The Flag? With a Creeper emblem overseeing the arena, we love this medieval-meets-modern spin to one of the oldest types of PvP matches. 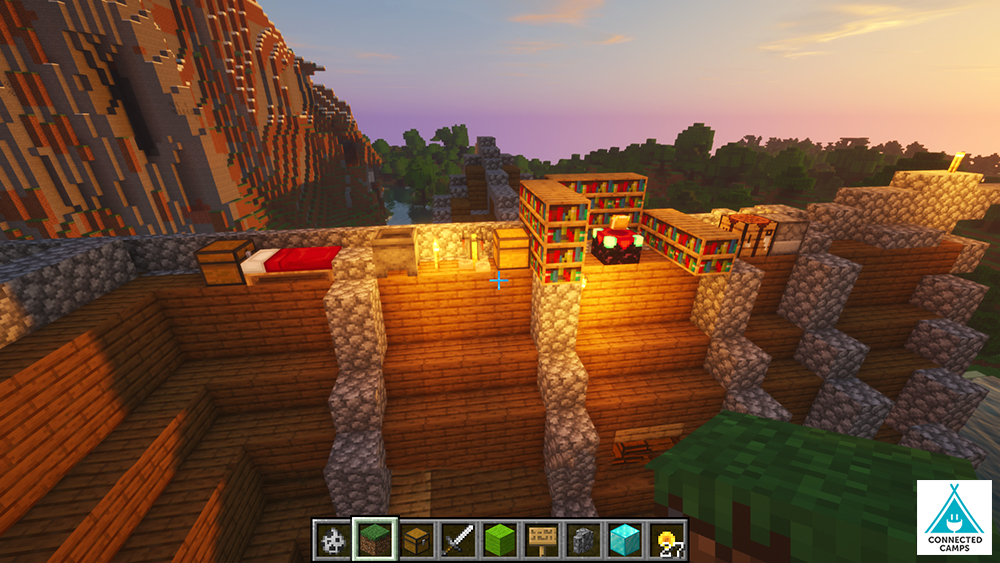 Although you can’t quite roll out of bed with this home, you do get quite a fancy “rooftop” view for nightly stargazing. We give it an A+ for creativity… but unfortunately had to knock off a few points off functionality. 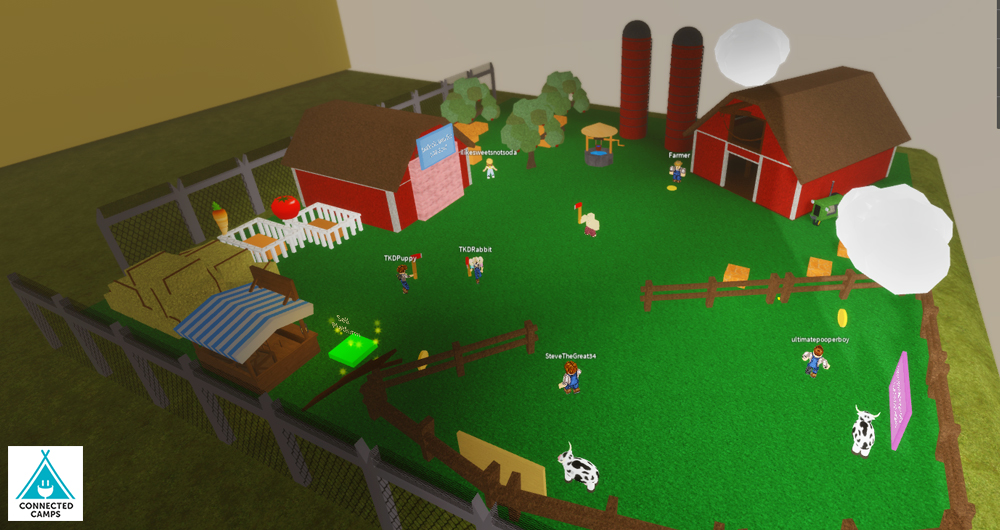 Filled with the memories and dreams of your ancestors, this farmland was left for you by your grandfather (who would rather not see so many axe-wielding avatars running amuck). But of course the axes are for lumber and this Roblox game level plays just as relaxing as it looks.

7. “Somewhere Over The Rainbow” (Engineering Camp) 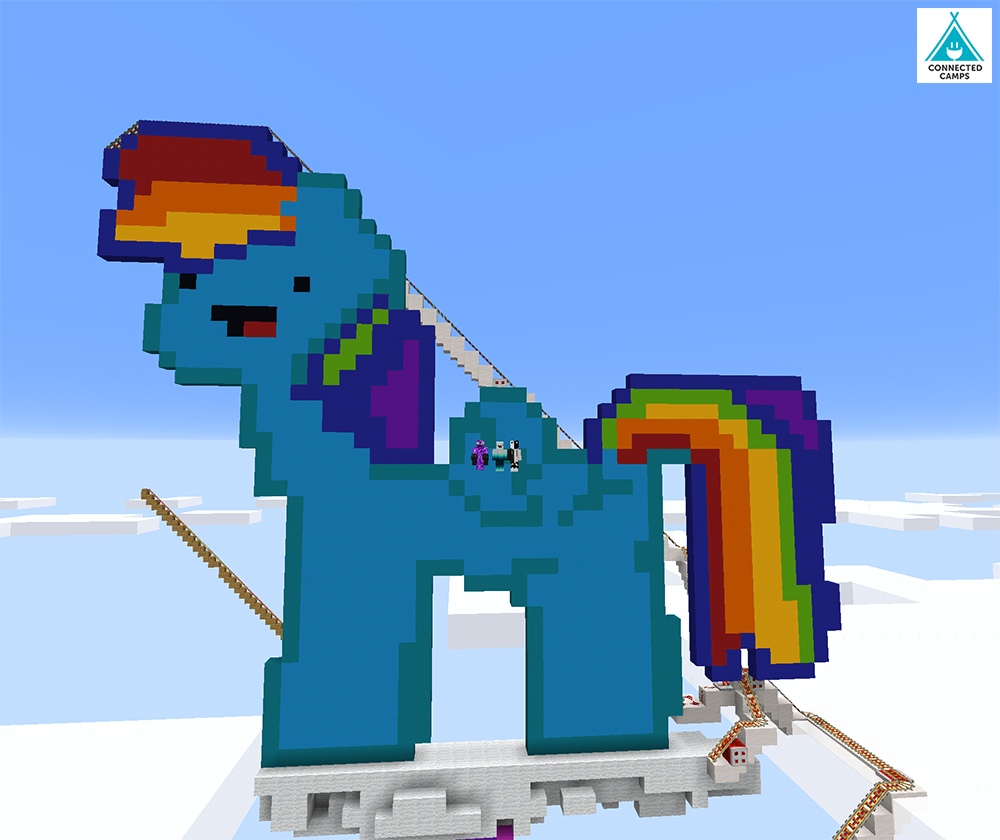 What’s that at the end of the rainbow? Oh, it’s just Rainbow Dash! This daring Redstone roller coaster from Engineering Camp challenges your fear of heights as you zip through the clouds and conquer the sky. 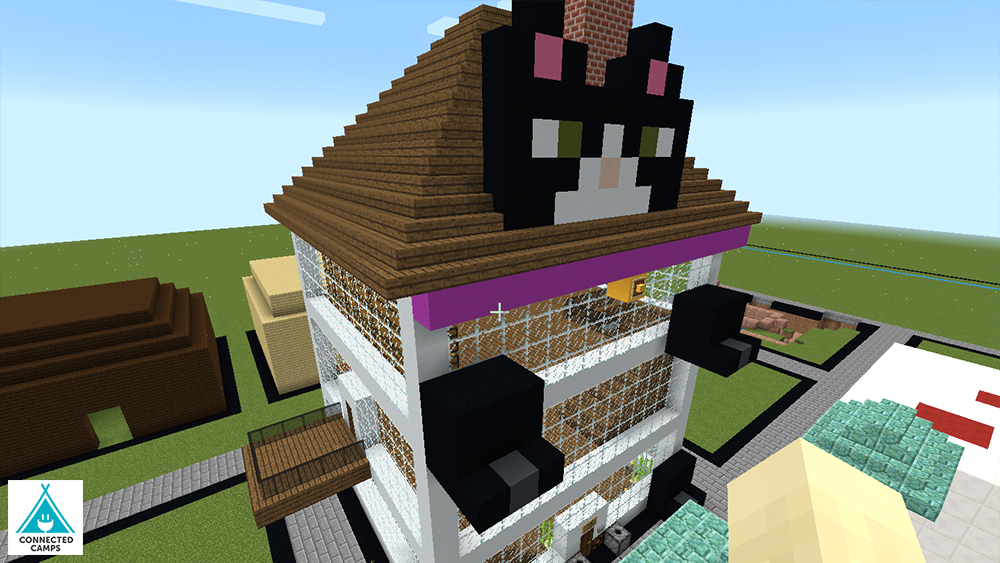 Like a famous Greek poet once said “moderation in all things”. This picture was taken possibly after a birthday feast when hunger strikes and self indulgence got the best of Sam. Don’t worry, she’s a regular-sized kitty now! 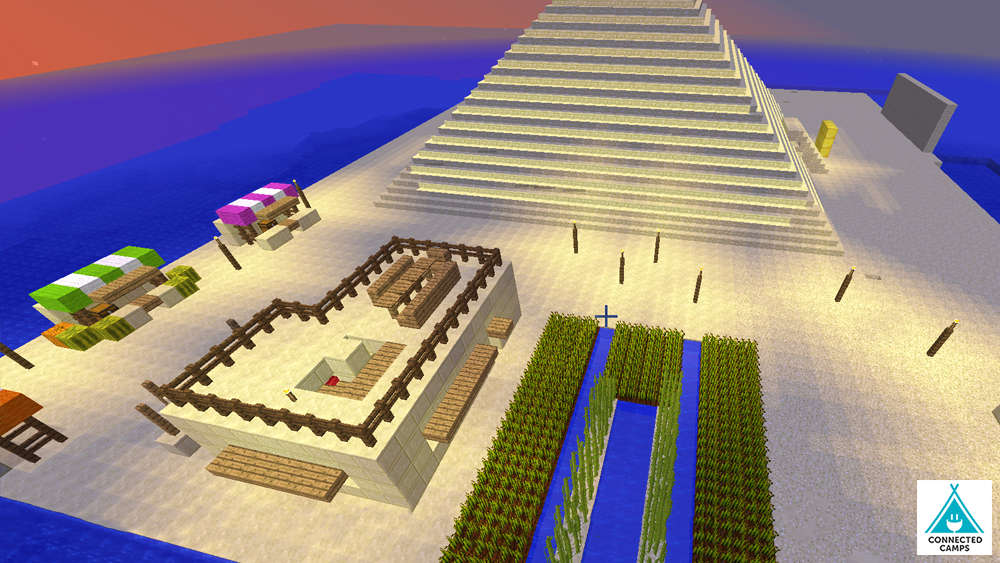 Towering over the bustling bazaar and mudbrick homes of Egypt is a beautiful pyramid in all of its splendor. These campers really went all out to set the right atmosphere by including pieces of Egyptian architecture and culture to the area surrounding the pyramid. 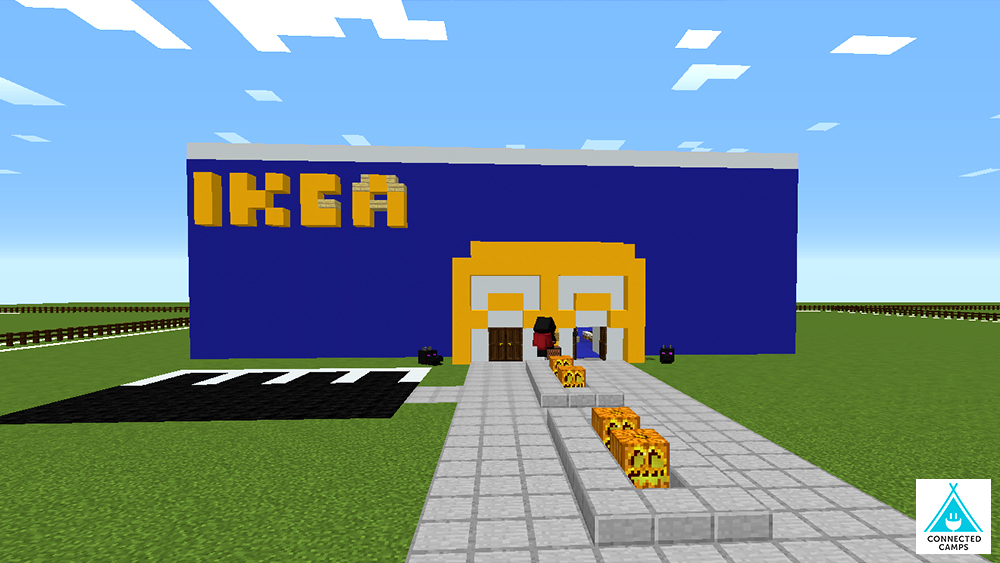 From chandeliers to sausages, this DIY chain is a favorite among lovers of modern design in and outside of Minecraft! (Although if I must say so myself, Minecraft takes DIY to a whole new level.) Don’t forget to check out the food court; their sausages are unbeatable! 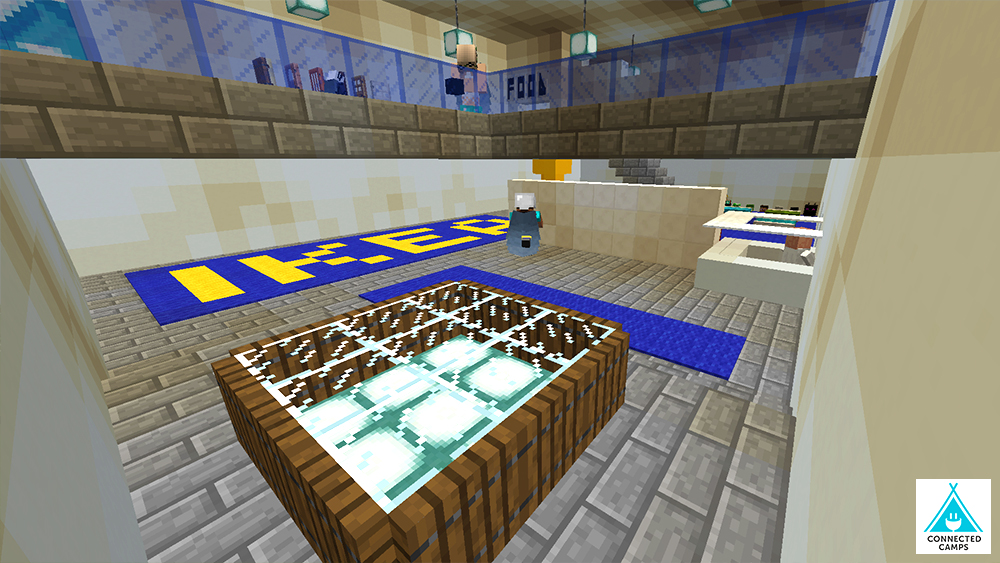 So what did you think about this recap? Our photo vault is overflowing with so many camper creations that I wasn’t able to include them all this time around. So stay tuned for our Camp Recap next week for more creative and wild inspirations!

Feel free to share with us pictures from your favorite Connected Camps programs that wows you or make you smile. You may message us through Twitter, Facebook, or email us your masterpieces and we’ll try our best to include it in the next Camp Recap.